Learn About the UN Module 1: History of the United Nations New Zealand & the UN
Topic
Materials 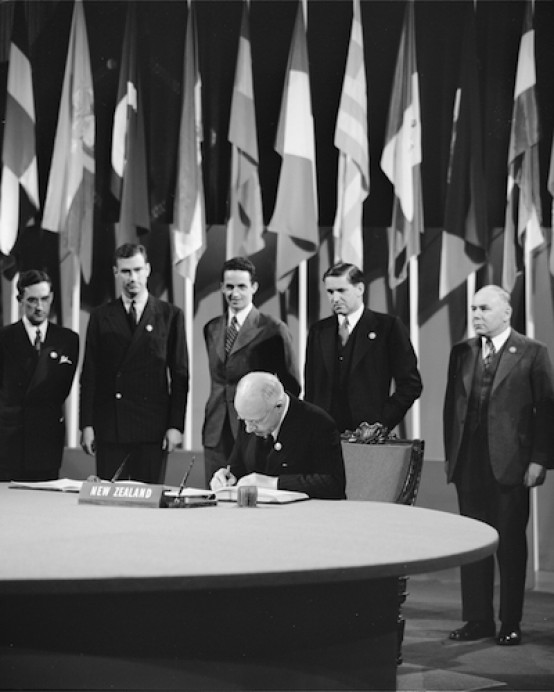 Peter Fraser, Prime Minister and Minister of External Affairs; Chairman of the Delegation from New Zealand, signing the UN Charter at a ceremony held at the Veterans’ War Memorial Building on 26 June 1945.

New Zealand was a founding member and strong supporter of the UN. Although former Prime Minister Peter Fraser thought it had defects he saw the alternative of no agreement far worse. Despite its small size and isolation, New Zealand played a valuable role in the establishment of the UN.

Prime Minister Fraser strongly supported the principle of collective security, opposing the veto for the five permanent members (China, France, Russia, the UK and the US), and pushing for economic and social issues to be at the heart of the agenda.

It had a substantial impact on the decolonisation chapters and has developed a reputation of a small, fair-minded country, with an independent voice, a good capacity to listen, and a great capacity to do rather than talk.

Involvement in the UN also encouraged New Zealand to move away from its traditional reliance on Great Britain and adopt an increasingly independent foreign policy.

New Zealand is today represented on the UN through the Ministry of Foreign Affairs and Trade’s (MFAT) Permanent Mission to the UN in New York, Geneva and Vienna. New Zealand non-governmental organisation and individuals have a strong presence at the UN. 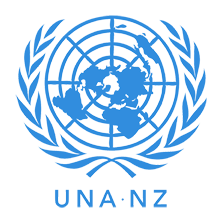 The United Nations Association of New Zealand (UNA NZ) is a civil society organisation with its National Office in Wellington, and was founded only a year after the UN in 1946. It  promotes an understanding of the UN in New Zealand and encourages participation with it.

Over 100 UNAs exist around the world and are members of the World Federation of United Nations Associations (WFUNA). UNAs ensure the UN is relevant to the lives of the peoples it exists to serve.

Previous Topic
Back to Lesson
Next Topic
Translate »